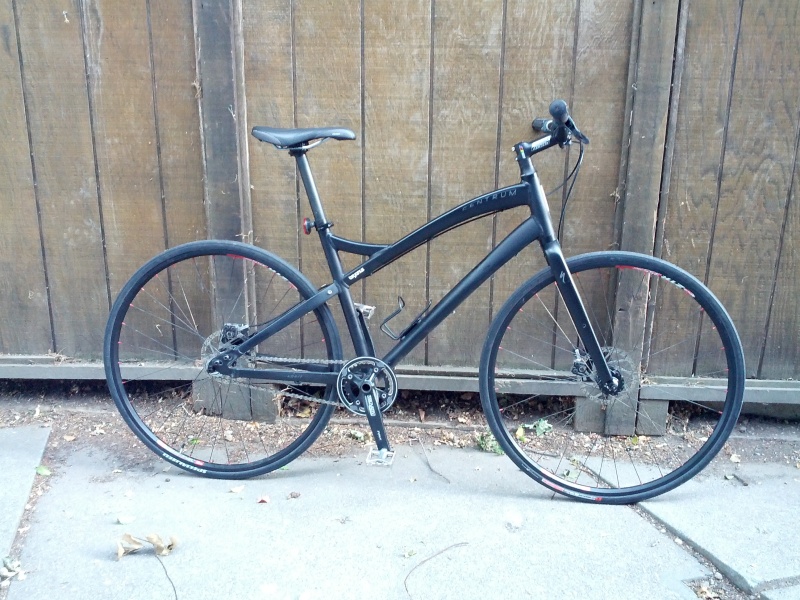 I don’t know why, but the first time I saw this bike in Specialized’s catalog, I wanted one. I thought it’s be a cool “city” bike for commuting or whatnot.

I don’t think they sold very many of them, as they killed the design/model after just one year. I think it was Specialized’s reaction to the success of Cannondale’s Bad Boy series of urban bikes.

I got this one off of craigslist a few years ago, and proceeded to swap out the parts as I do with all of my bikes it seems.

Now, the only stock parts left are the headset and brakes! Also, it was originally a 26er…turns out 29″/700c wheels fit just fine with lower-volume tires..

I would say this bike (like the Bad Boy) was actually designed to handle both wheel sizes, as the geometry seems largely unaffected by the increase in wheel size. 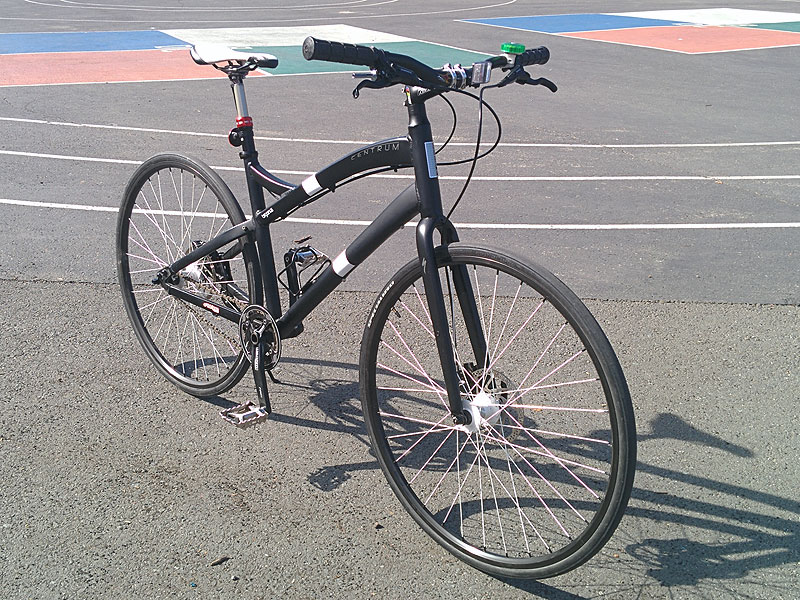 The Centrum has become my ‘city’ bike and sits in my office for occasional lunchtime runs, etc. The LEV was pretty unreliable, so I got rid of it and put on a Specialized Command Post instead. I’ve had a couple of those posts and they have never given me any issues.

The bars were swapped out with some FSA Metropolis mustache bars. And for grips I used some old bar tape.

Seems I lost a part of this post with a recent server migration, but I ended up selling the CK wheelset and setting it up with a set of Shimano 650b wheels, which lowers the bike back down a bit. 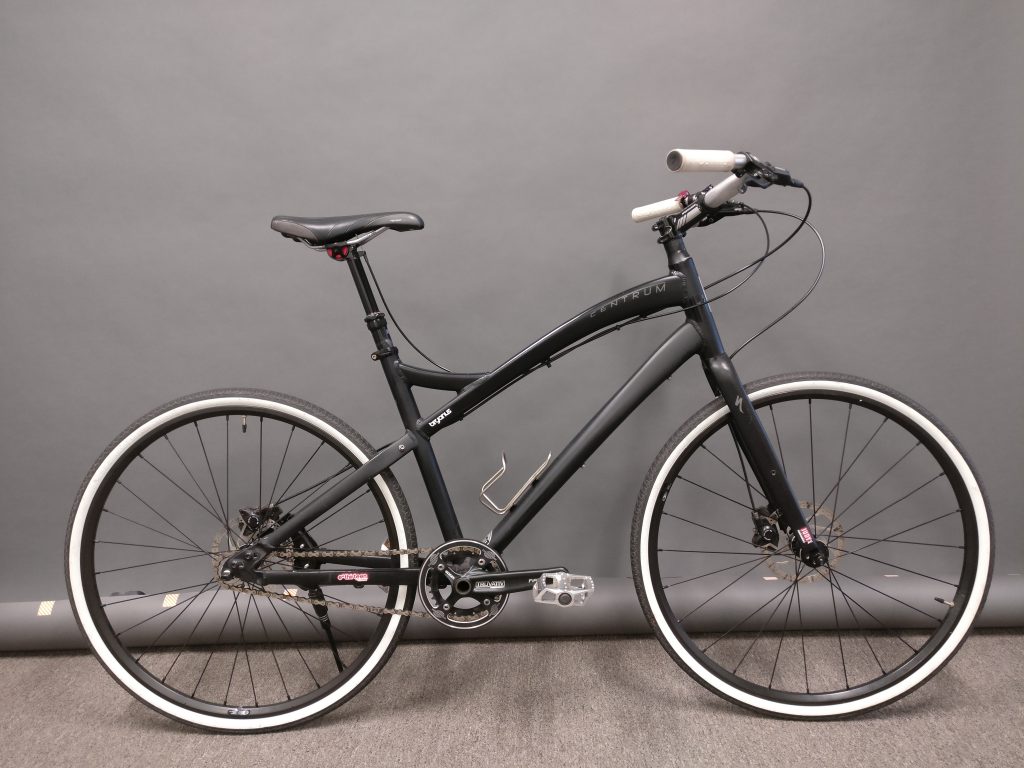 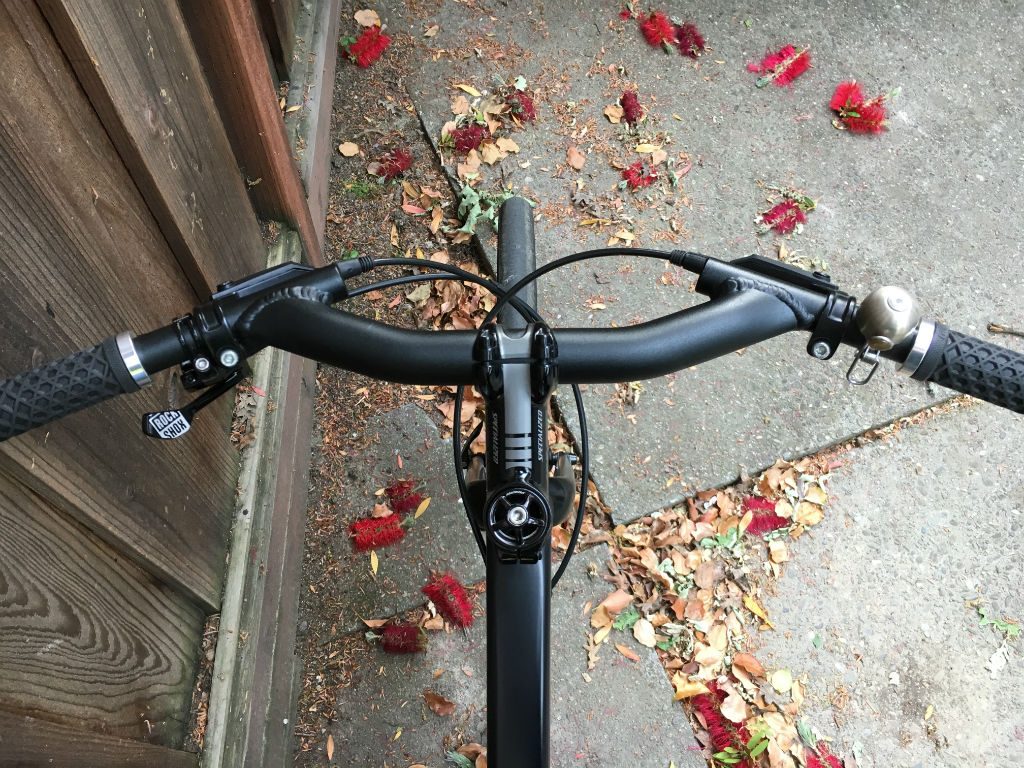 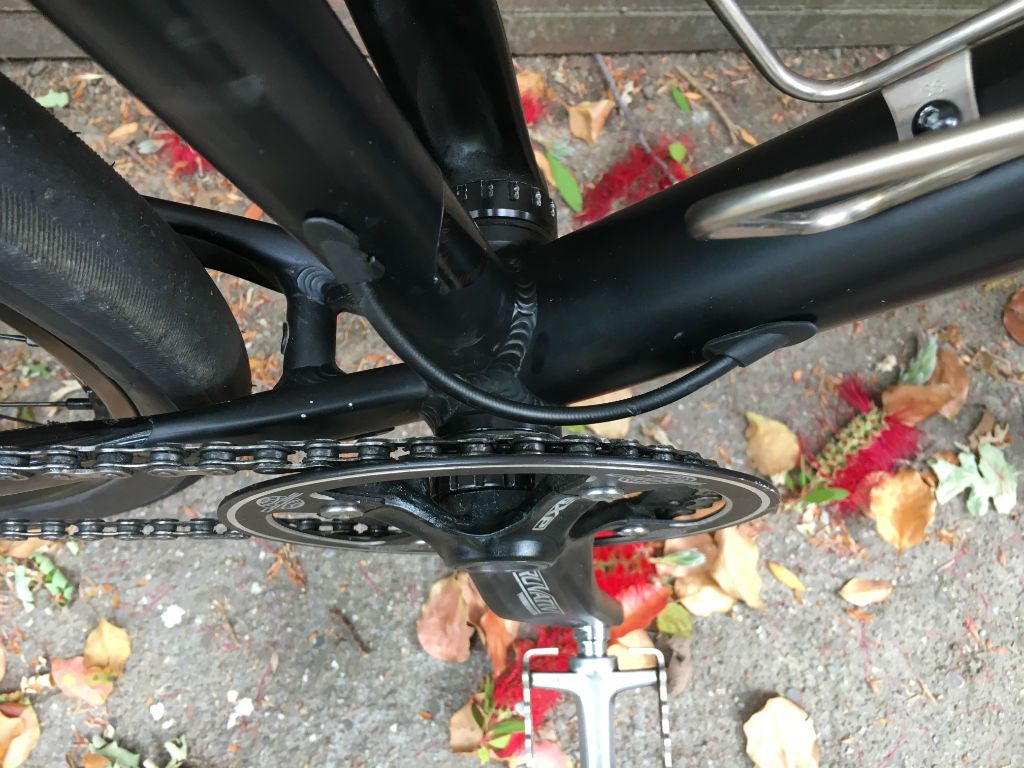 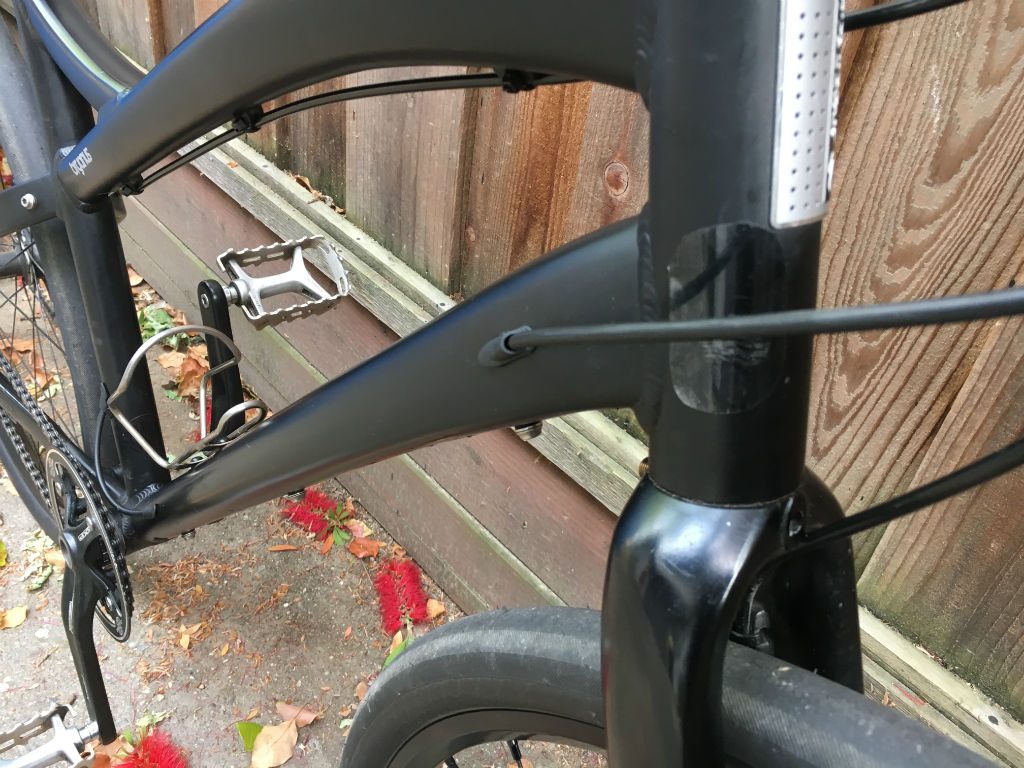 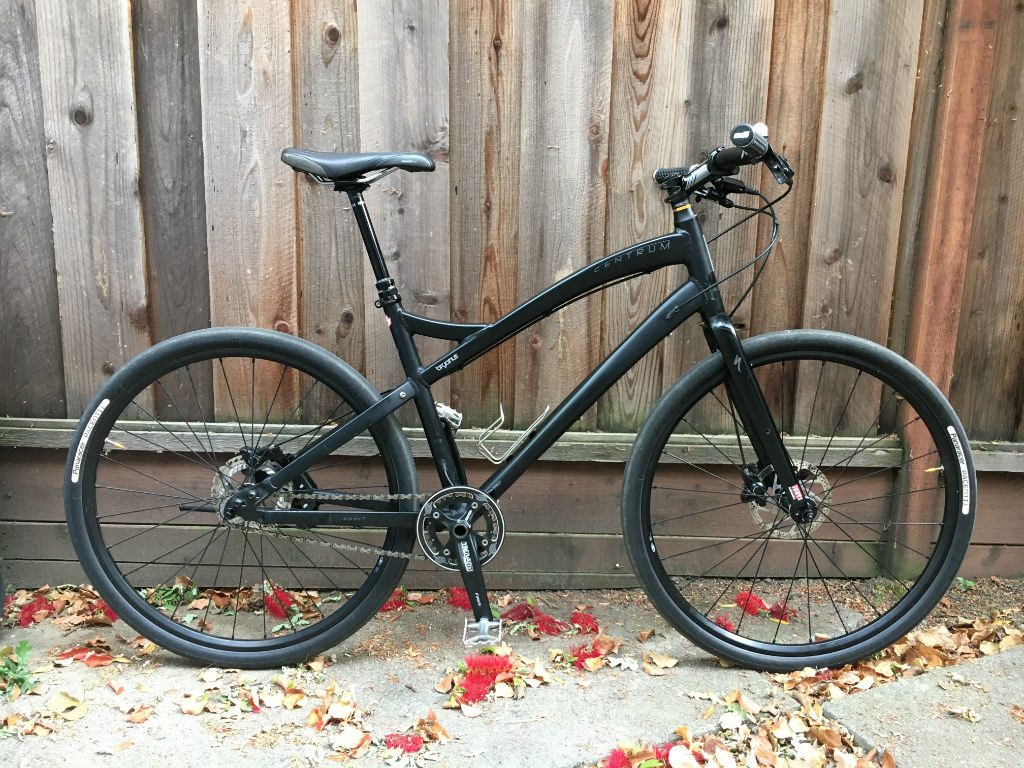 In retrospect, I think I should have put the routing holes on the non-drive side as the housing could potentially rub the chainring/front derailleur if I had a multi-ring crankset (which I’m not really planning on adding, but you never know!). I originally wanted to route the holes in the center of the tubes, so just beneath the water bottle cage and back into the seattube where the sticker is. But the problem with that is I wouldn’t be able to fit my drill in such a tight space. I’m glad I thought about that before I started drilling!

The frame plugs from eBay (China) were total shite. They were too brittle and cracked into pieces. I decided to order some rubber frame plugs made by Giant. They were only $1.50 each and I needed 3 of them.

I had to dremel/file the holes to be larger, but the plugs are soo much nicer. They are flexible and fit snugly and the cable housing is held securely.

I also changed out the Reverb for a OneUp 150mm dropper. Oneup is my new favorite dropper post. It’s super smooth and much easier to deal with than the Reverb. The lever action is also considerably lighter to depress than the Reverb remote.

One change that isn’t in these photos is a fork swap to a 2009 RockShox SID Race. Although it was a 26″ fork, it fit my 650b wheels just fine with plenty of clearance. It’s also very easy to reduce the travel in those forks, so I dropped it down to 60mm. I rode it this way for a few months, but ultimately sold off the fork since it was relatively rare with it’s v-brake lowers. It was sort of an interesting experiment, and it made the bike feel more like a proper gravel bike, akin to having a Fox AX gravel fork but with 60mm of travel on it. Another small fitting change was to swap out the 90mm Specialized stem for a Syntace 60mm one.