Another bike I always wanted BITD. We sold these at the shop I worked at in college. Cool, very classic. After finally tracking one down and then obtaining the ultra-rare Ritchey bi-plane crown fork, I thought the ride just sucked. Maybe the old school geometry was just too low for me now. I nearly got rid of it, but didn’t find a match on my local Craigslist. Of course, one of the offers was for the biplane fork alone. And a rather ridiculous one at that, so I parted it out and slapped on an old champagne Judy I had lying around to complete the bike again. For kicks, I took it for a spin and was a bit shocked to discover the ride had been transformed; the extra one inch or so of axle-to-crown height picked up the front end just enough to make the bike comfortable again! It’s now my “townie” bike; my go to ride for zipping through traffic and reliving my fearless college days… 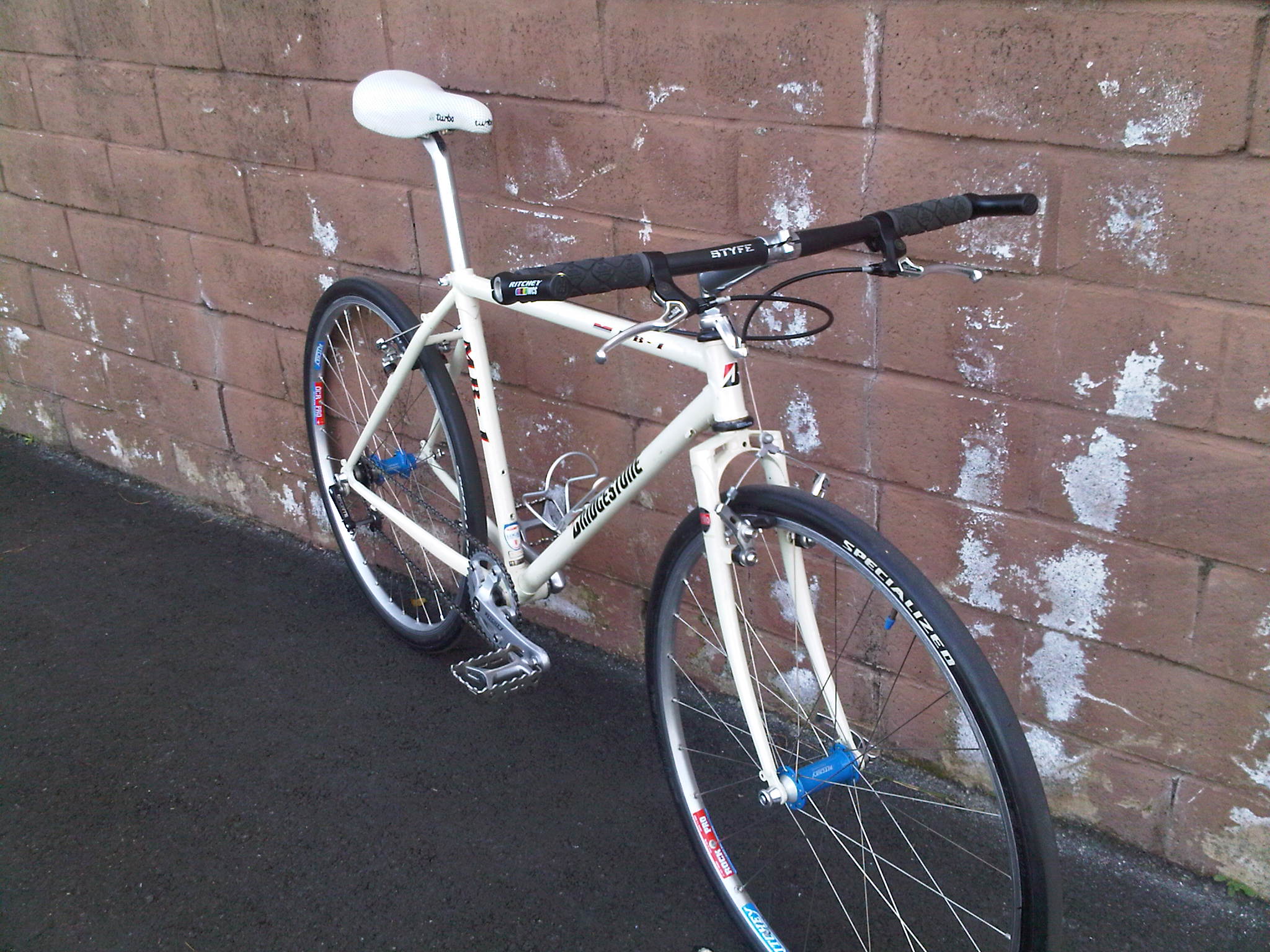 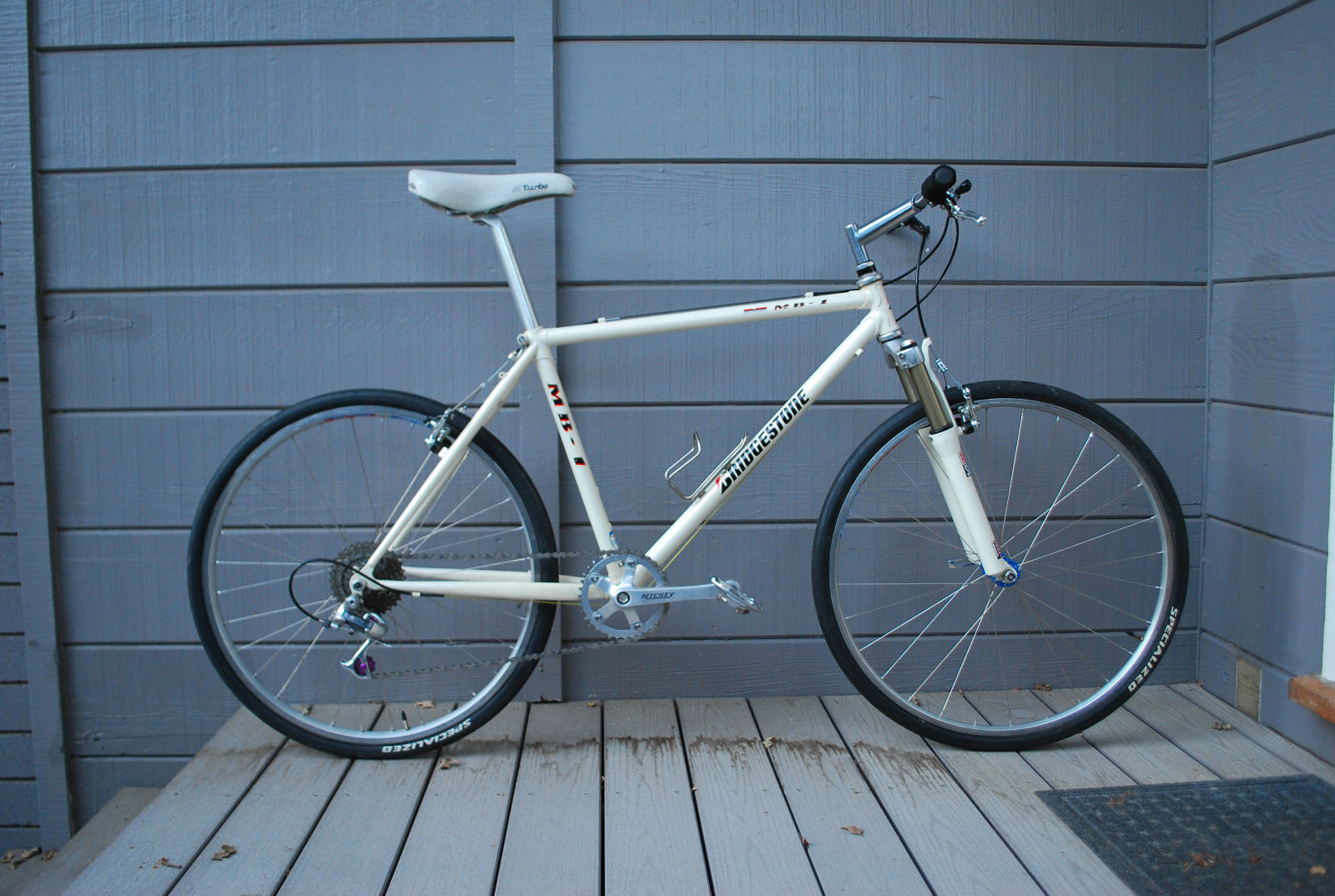 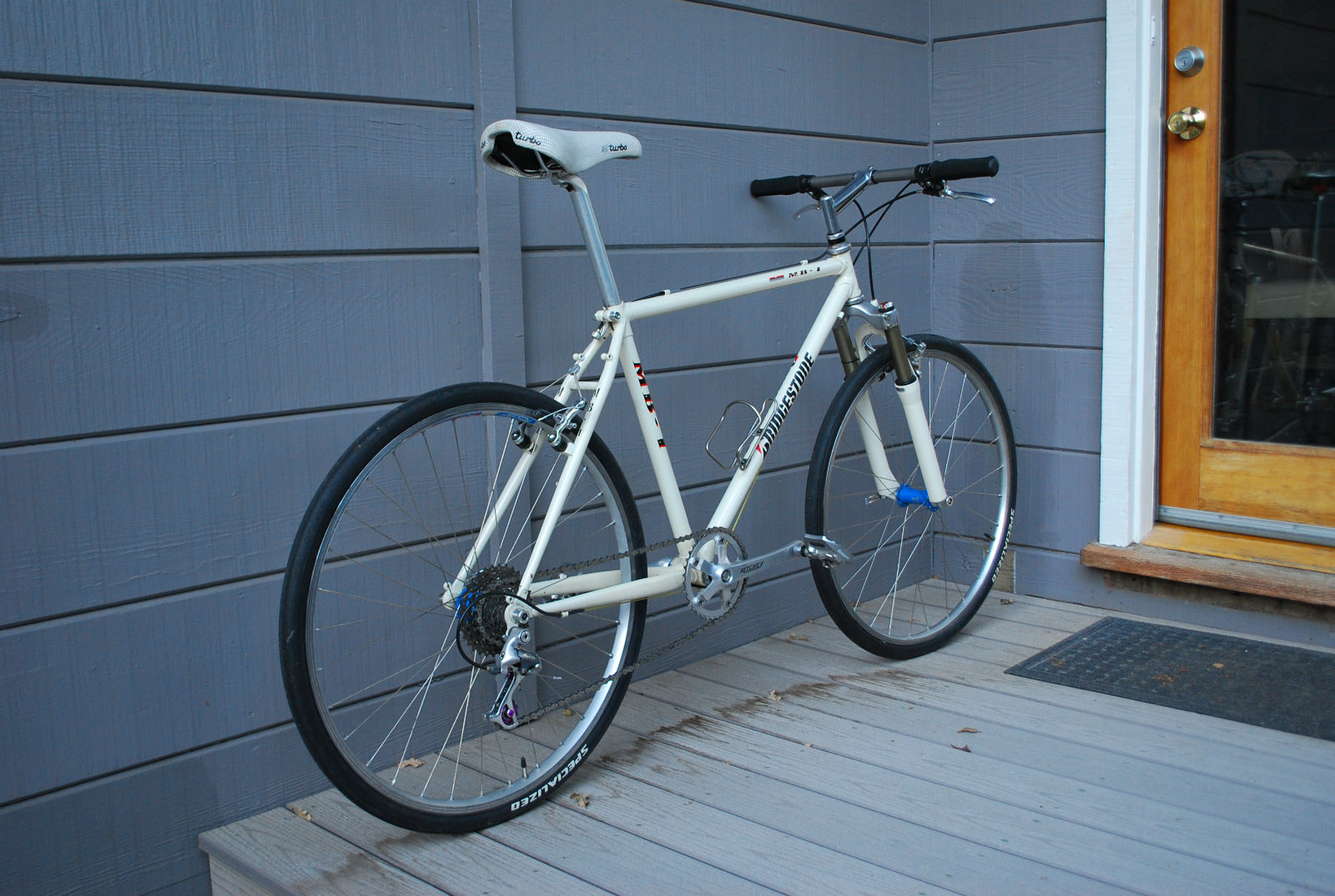 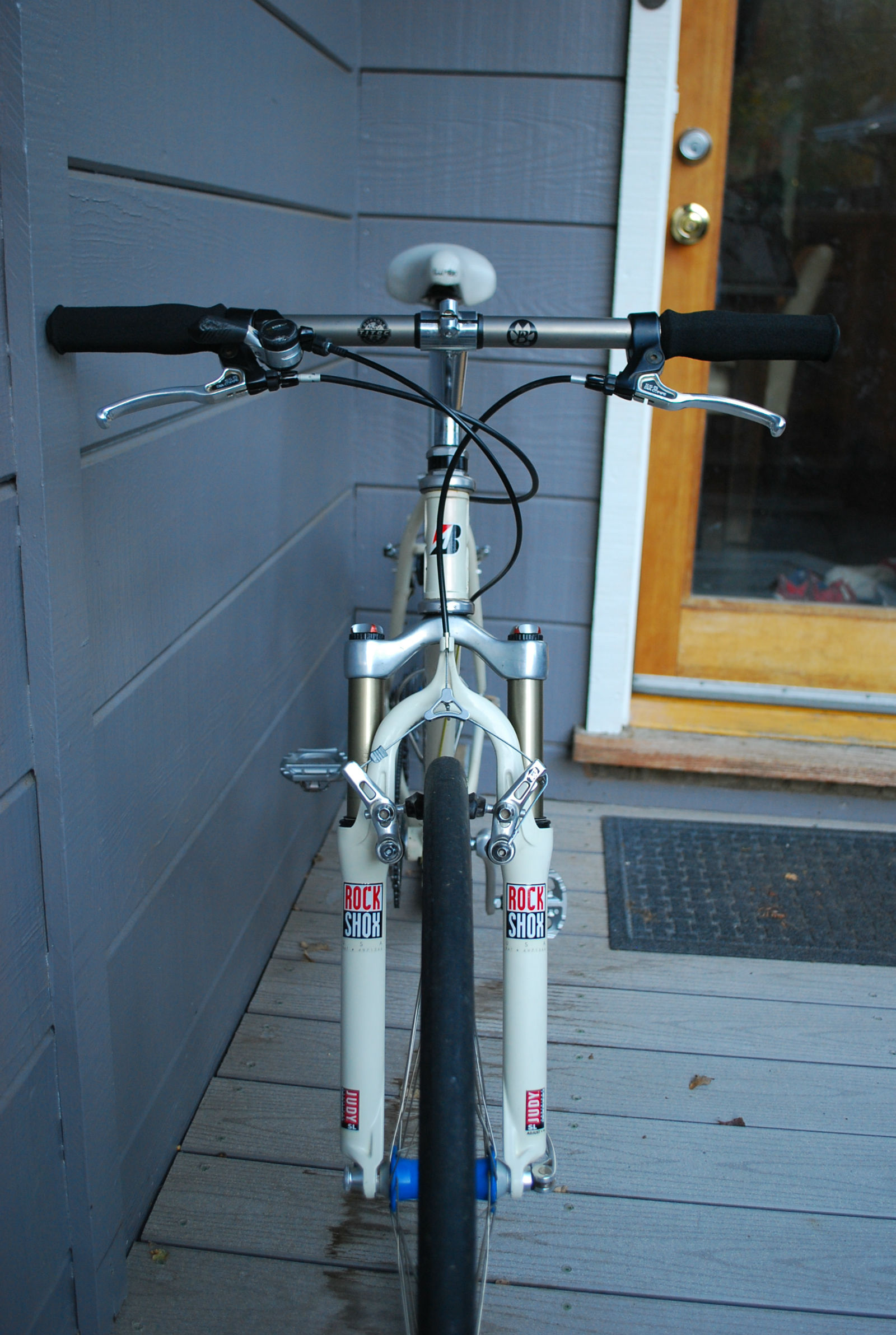 Update: Sold June 2013 on craigslist for $625 to some jerk who tried to haggle me to no end, even after we settled on a sale price! In the end, I think I got a pretty good price for it. I had forgotten I already sold the rigid Ritchey biplane fork alone for $300 last year, so not bad considering!