OK, I think I have a sickness. I’m addicted to bikes! The Carbine SL was always at the top of my list, but the price was just outrageous. $2800 for the frame alone. That’s just crazy talk! But when I heard that Intense was closing them out at $1599, well, I had to consider it.

Even though I just bought the Felt Virtue LTD in May, and was relatively happy with, I knew deep down that I had to have this frame. Fast-forward a few weeks later and here it is. 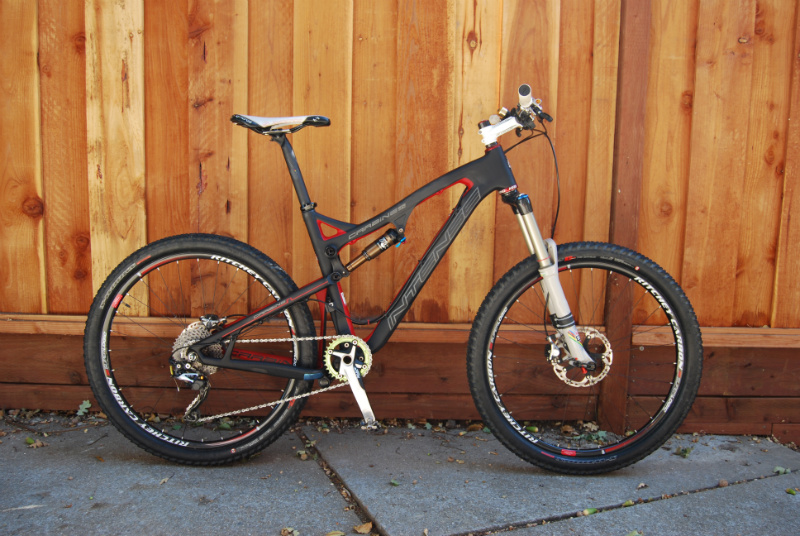 It’s a pretty sweet frame indeed. The matte carbon finish looks really stealth and the red accents are a nice touch. I added in the bling red Chris King Inset headset to top it off. The cockpit carried over from the Virtue, but along the way I upgraded to these superlight, but supertough Ritchey Superlogic carbon hoops with DT240s hubs. I also managed to find the Dual Position version of the Revelation World Cup fork, in Keronite grey no less. The “2P-Air” allows on-the-fly travel adjustment from 120/150mm; great for dropping the front end on climbs.

The best part? I dropped over a pound vs. the Virtue with the same build. Total build weight is just under 23lbs! With pedals! 22.96 to be exact. Woot! 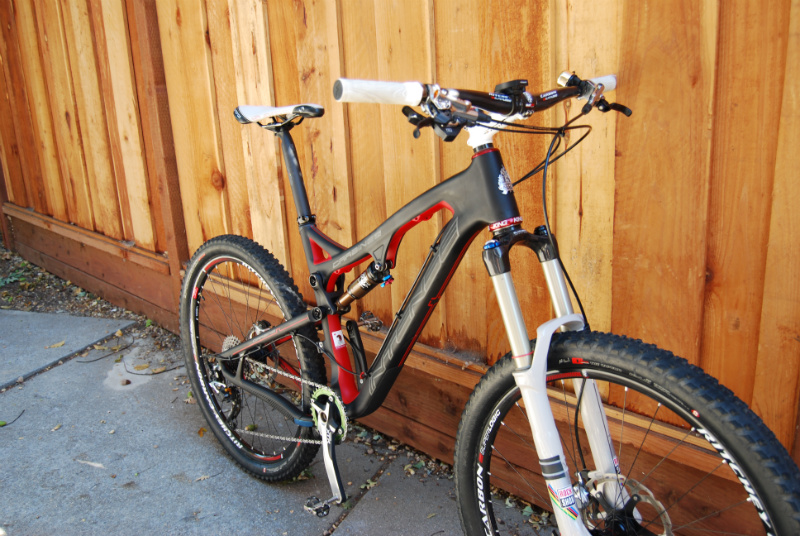 This is my first experience riding the VPP suspension design. Honestly, it looks a lot like DW-Link and even Felt’s Equilink to me. But right away I noticed the rear was much more plush, similar to how Trek’s ABP felt to me. With Felt’s Equilink, I left the platform full open all the time and never fiddled with changing it for climbs. With VPP I’m back to flipping the platform to “Trail” or “Climb” settings. Not a huge issue, but I can tell that the design isn’t as well-suited to climbs when compared to Felt’s Equilink.

Overall, though, the plushness makes for a better ride than the Virtue. I feel like the trail seems smoother and quieter. The Carbine seems to just float over the bumps. With the Virtue, the rear was so stiff that it felt like the platform was always set to firm. And by stiff I mean that it didn’t feel very active, especially on the smaller hits. 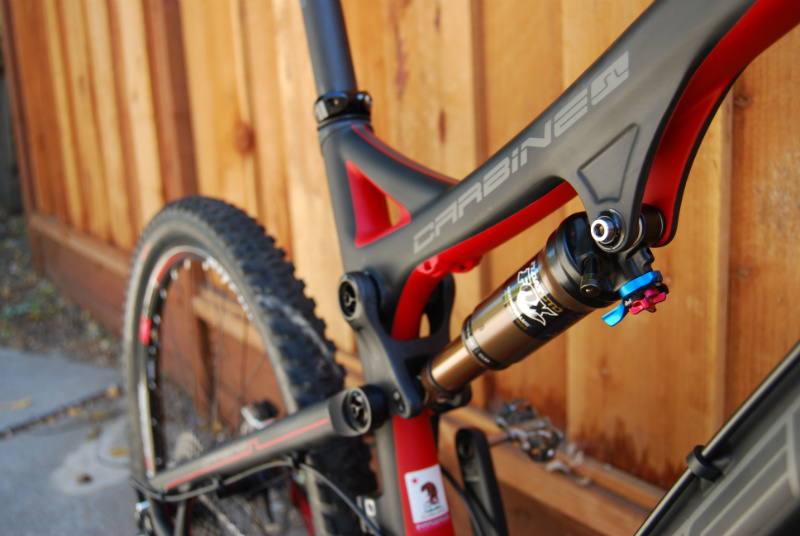 Anyway, only 2 rides on this bad boy so far and I’m digging it. But one other bike is also on the radar: The SL’s bigger brother, the Carbine (non-SL).

The standard Carbine has a different rear triangle than the SL, and it features the ability to swap the rear dropouts to accommodate the latest craze: 27.5" wheels!

It also adds about half a pound frame weight, but when the bike is only 23lbs to begin with, what’s half a pound? I must say my eyes are open for one of those to come up at the right price… 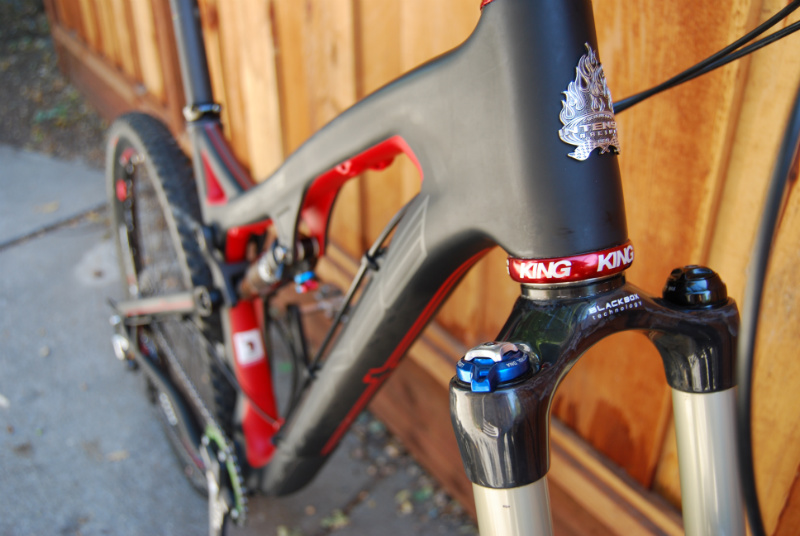